I’m taking part in a project at university that’s all about public engagement. There’s a big drive in universities now to make your research relevant and interesting to the general public, not just within academia and that’s what this is all about. The people leading it are really interesting and the whole project has been really inspiring so far. I’m excited to see where we all go with it!

Today, they took us for a walk around Govan. A few of the people who are leading the workshop are archaeologists and a lot of work has been done in Govan to draw attention to that part of the city’s prehistoric past. The Hogback Stones are early medieval gravestones which were in the graveyard of Govan Old Parish Church and now they live inside there and people can go and visit them. We didn’t have time to go in today, but I’ll definitely go back.

While archaeology was what brought these people here in the first place, but they’ve done a lot of work in Govan since with various community groups, artists and students from the university. Mostly, when people think about Govan, they probably think about shipbuilding. The Fairfield yard is a beautiful building that’s had Lottery funding and is now offices. They were encouraging us to think in those terms about other places in Govan and throughout the city. This is a picture of the back of BAE Systems. 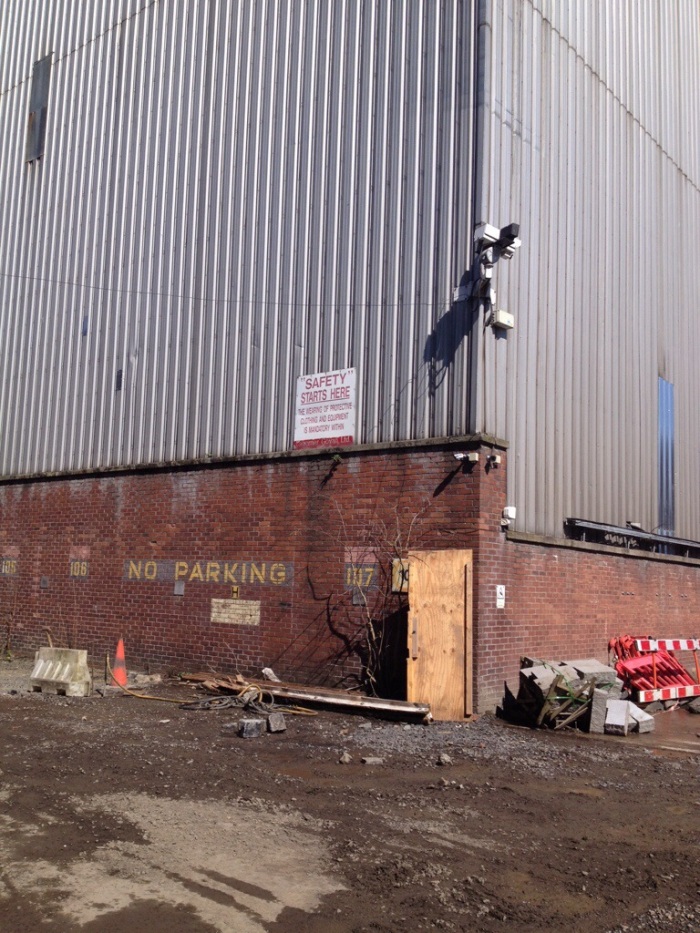 We walked all over Govan (and it was a surprisingly beautiful day and all of us got caught out – I am the definition of a redneck now). There is a community of travellers who live right next to Govan Old Parish Church and this photograph shows the main gates to the head of the community’s house. We met him and he’s a total character! He’d dyed his beard pink because it was the Govan Fair that evening. I like the carousel horse on this gate.

What you can’t see in this picture, because I’d put my hands through the bars of it to take it, is that somebody – it’s not clear who – has built a great big fence right in front of this gate and the ones next to it, stopping the show folk from using them. We talked a lot about the meaning of community; who gets to be part of a community and why; the unimaginative ways that councils spend money.

And if you’re wondering about the architecture award attached to the gate, it’s for a beautiful project called The Ghost of Water Row.

Further along the river, we wandered into Glasgow Press, a letter press company based in a studio space. The people running it were absolutely lovely – welcoming a gang of unkent folk in off the street to nosey about their business! Their studio was fascinating and they were in the middle of making thousands of prints for the Commonwealth Games. Top secret – we weren’t allowed to take photos of those! 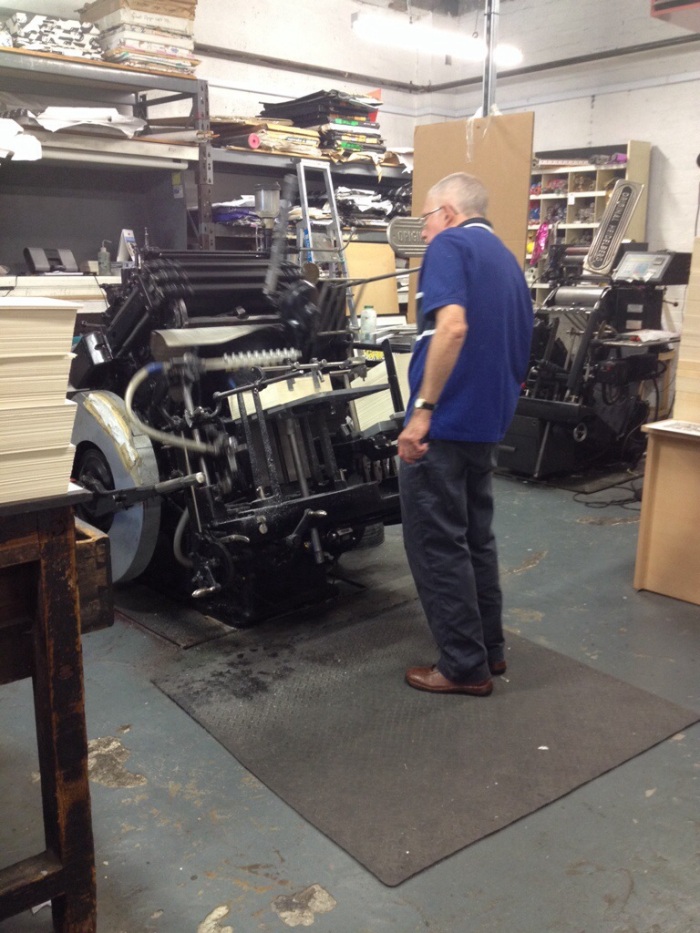 Not only did they let us wander about, they also gave us some souvenirs of our visit.

We finished our walk at the graving docks, next to the Science Centre. I’d noticed they have been clearing these recently and I was hopeful that they would be turned into a park or some other public space. Sadly, it seems the plan is to fill them in and build houses on the land. 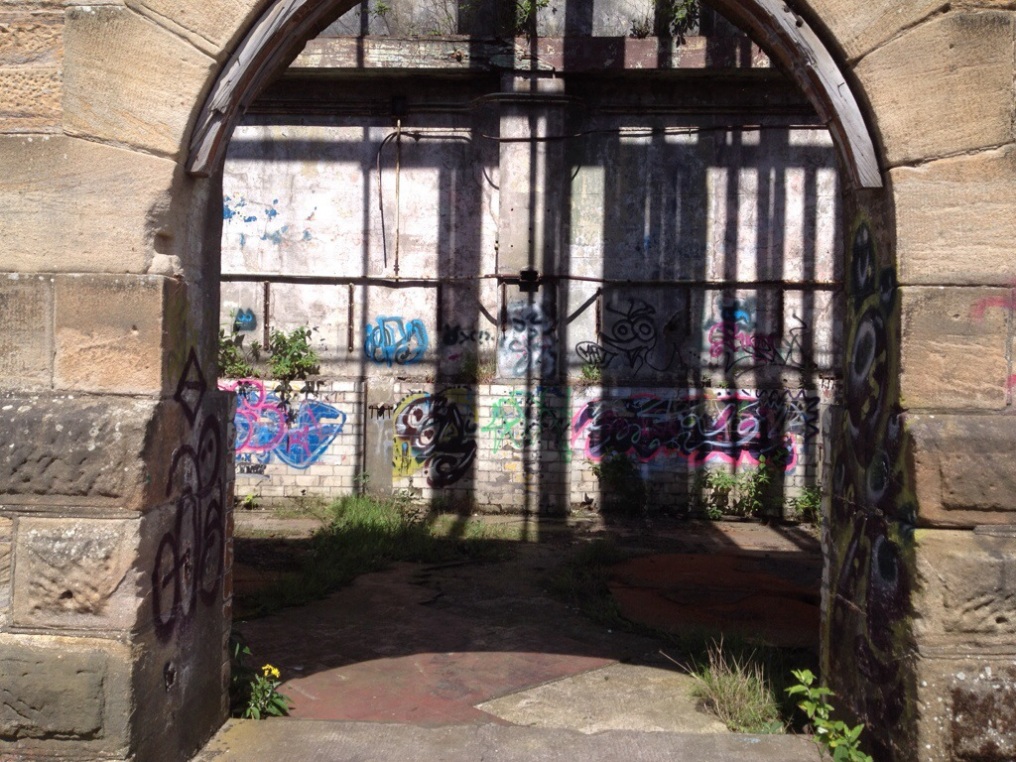 I had a lovely day in the sun, thinking about this city’s history and how we can be involved in engaging people with it anew. I’ll keep you posted.

Explore the world of Fujifilm